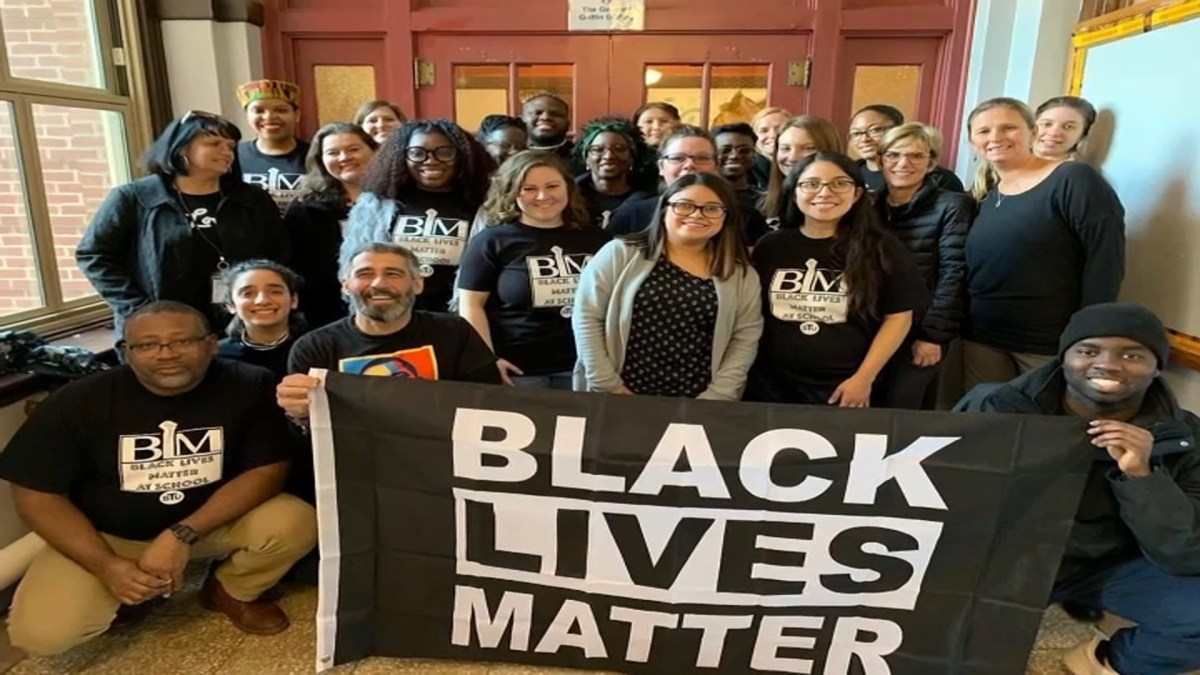 A Black Lives Matter initiative in Boston Public Schools has drawn an angry response from the leader of the city’s police union, but the teachers union is standing firm with support from the mayor’s office and others.

Michael Leary, president of the Boston Police Patrolmen’s Association, sent a letter to the head of the Boston Teachers Union Monday urging the group of educators to reconsider its support for Black Lives Matter, which he referred to as “an emboldened group of angry anti-police individuals.”

The letter came in response to National Black Lives Matter Week of Action events being held at Boston schools as Black History Month got underway.

“Policing has always been a dangerous profession, but groups like Black Lives Matter, by inaccurately demonizing police as racists who kill innocent people, have made policing more dangerous than ever before,” Leary said in the letter, later accusing the teachers’ union of “joining Black Lives Matter in making police the enemy.”

But Jessica Tang, the head of the teachers union, said Leary’s position in the letter was misguided and uninformed.

“Through our participation, we’re demonstrating support, love, and affirmation to our black students, families, and educators,” Tang said in a statement Wednesday.

Various school events have taken place throughout the week, and Tang says none of them expressed any of the “irrational hatred” of police Leary suggested in his letter.

“Day 1 was about love and kindness and empathy,” she told NBC10 Boston Thursday.

Tang said the teachers union would not be cancelling any events and will continue to support Black Lives Matter.

“It was never actually even about police, it was really about affirming black students, educators and families,” she said.

No disrespect was intended against law enforcement, Tang said, but some black students may have felt the impact of systemic discrimination.

“We absolutely appreciate the work of our first responders,” she said. “There is also an experience where, if you’re a black child, and you’re seeing certain things happen — and there is a lot of data that shows the discrimination and racism, either systemically or institutionally.”

The NAACP Boston Branch also said Wednesday that it was “deeply concerned about the letter” from Leary.

“Police officers are not a monolithic group. There are many police officers who understand the ideals and values behind BLM and align themselves with BLM and other social justice organizations,” read a joint statement from the branch and the Massachusetts Association of Minority Law Enforcement Officers. “We do not believe BLM is synonymous with ‘anti-police.’ In fact, we believe that BLM is a reflection of the historical mistreatment of Black and brown people in this country, not only by law enforcement but also by a culture that has quietly undermined the value of the lives of Black and brown people.”

NBC10 Boston reached out to the patrolman’s association for a comment, but was told that Leary was not available. Tang said she had reached out and that the two unions are engaging in a dialogue.

“Our teachers and administrators work hard every day to lift up all our students and make sure they have the opportunities they need to succeed,” he said. “Creating schools and communities where every student voice is valued and heard is the priority of the Boston Public Schools. We must continue to support all our students and schools.”

What’s on TV Friday: ‘The Last Thing He Wanted’ and ‘The Clone Wars’ – The New York Times

On Distortion – The Startup – Medium