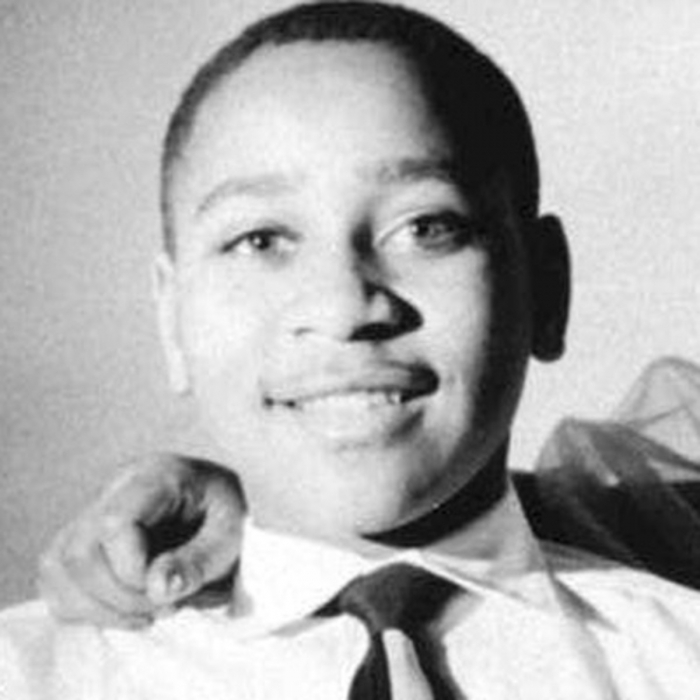 Classism, racism, war, and corporate greed are malicious outliers, which in their ways, plague the current 2020 United States and global civilization abroad. Recollect back to 1955, Post World War Two, United States and these same outliers were a virus dividing and corrupting the United States and most of the world. In that year 1955, a 14-year-old Black male teenager from Chicago was sent by his mother to visit his family in Money, Mississippi. This innocent teenager was named Emmett Louis Till. Actually, Emmett was having a great time visiting his southern family, receiving all the love and attention and having care-free fun for three days into his visit before the horrid curse of violent, racist injustice struck Emmett Till, his family and the United States of America!

Emmett Till was born on July 25, 1941, and was murdered August 28, 1955. Emmett,as most Americans know, was violently tortured and murdered in Money, Mississippi for allegedly whistling at a married, White woman named Carolyn Bryant. This rule was a long held racial taboo in the Southern States. Black males were not allowed to even look at White women in their eyes in public let alone whistle at them or around them. Such racist, classist unjust social rules were a result of the terrible slavery system and were passed down as the Jim Crow racist injustice system of the South. Being born and raised in Chicago,Till wasn’t accustomed to such public social rules. Although racist outliers existed against Blacks in Chicago, they were not as rigid and as violently enforced as in the Southern States.

This case was indicative of the racial hatred perpetuated against Blacks or African Americans throughout all of the United States almost one hundred years after slavery supposedly, ended. This case was terrible and exposed how the entire society of Mississippi and the South was a prison and or torture chamber for Blacks. Contradicting these facts, the Whites of the South claimed to be the most civilized humans on Earth at the time. This clear permanence of racial hatred and systematic genocidal programming against one group, the Black Americans also contradicted the United States Declaration of Independence and the Constitution ratified Articles 13 and 14, developed after the end of the Civil War.

Young Emmett was tracked down the day after the so-called whistling incident. The White husband of the woman and his White male friends along with a Black man, came to the home where Till was staying. They barged in the home and grabbed Emmet, along with Emmett’s cousin, Simeon Wright. Simeon was with Emmett at the time of the whistling incident. After figuring out which of the boys was the one who supposedly whistled, the abductors bust the teeth out of Simeons mouth by throwing him off their truck then taking off with Emmett. Witnesses said in trial, they saw them drive up with Emmet and took him into a barn and tormented Emmett for hours. The witness said they heard Emmet screaming for hours and they could hear the whipping and beating blows they were hitting him so hard.

Roy Bryant the husband of the woman who claimed she was whistled at and brother-in-law, J.W. Milam kidnapped and brutally murdered Emmett Till. They dumped his body in the Tallahatchie River. This murder shocked the nation by gaining global media coverage. In turn, this case infused a generation of Black Americans to create and join the Civil Rights movement. With nationwide media coverage, the funeral of Emmett Till was held in Chicago with an open casket where anyone could see the terrible swelling and mutilation from the beating put on Emmett by the murderers.

Outrage ensued throughout the nation and even world-wide for such racist brutality being allowed in the United States. Black media outlets and organizations went in with all resources exposing the tragedy by even putting Emmett Till’s funeral casket picture on their front pages. Jet Magazine even put the picture on the front of their magazine. Black politicians, the NAAACP and Black celebrities expressed their heart break and outrage at this ongoing continuing murder and rape of Blacks throughout the United States.

Then came the trial and attempt to get justice for Emmett’s family and for the Black community held in Sumner, Mississippi in September 1955. Emmett’s great-uncle testifying against the murderers marked the first time a Black human testified against a White human in the state of Mississippi. The problem was the defense was up against long held practices of allowing White people to murder, rape and torture Blacks in Mississippi. ​It was clear what the outcome would be when the judge threw out all the testimonies given by all witnesses to the kidnapping and murder of Emmett Till, even after they testified in court. ​The murderers were acquitted of all charges including the murder charges. With all the media coverage, it was clear to the entire world the U.S. government was continuing the oppression of Black Americans although the U.S. was proclaiming itself to be the beacon of justice and freedom.

This case galvanized generations of Blacks and some non-Blacks to take up the cause of human rights and justice throughout the United States. With the likes of Paul Robeson and those generations of devotees who worked and lived for justice and freedom, African Americans as myself could get our education and I am free to write this article and you are free to read it. In 2007, a Federal Bill named ‘The Emmett Till Unsolved Civil Right Crime Act’ was created due to continual effort of noble citizenry. All of the Civil Rights work and successes make it clear that we have the ability and right to challenge laws and practices no matter how old and how cherished by the rich and or the government. With all this revealed, Misses Carolyn Bryant in her later age of 82, recanted her claim about Emmett Till whistling at her in an interview stating it wasn’t true and it did not happen.

Justice cannot only become a thing of the past, a memory of the noble generations who sacrificed for current generations liberties and rights. Justice has to be openly taught as a pillar of the African American Legacy! Does nobility matter any longer and to who? What are the current injustices being ignored and which type and class are perpetuating the injustices and which groups are the victims? The United States and world should be careful that the mirror of the past does not continue to reflect ugly faces.

Over the last decade, Blacks were being murdered on camera continually by police officers of the law even though White males continue to be the super majority of people who murder cops. Also, the all-White male police officers did this while there was an African American President of the United States. Clearly, this is an agenda. This is evidence that the agenda to torment and murder Blacks has and will continue in the United States if African Americans and immigrants and other underrepresented ethnic groups do not organize together and concentrate resources and effort on stopping the killings … not to mention the world’s biggest privately-owned prison system, holding the highest amount of humans on Earth. This clearly is systematic strategy and not random.

Many, such as Dr. Cornell West, say that we live in a more Autocratic Authoritarian state in the U.S. than ever before. Thus, I ponder, was slavery transformed? Was Jim Crow and Apartheid implemented throughout the United States in covert methods to this day? Ku Klux Klan leader, Neo Nazi representative David Duke once said, and I paraphrase, “We, the Ku Klux Klan took off our hoods and put on suits and ties and filled the politician seats and board rooms and senator’s seats.” How about that?